sad news from the farmette* 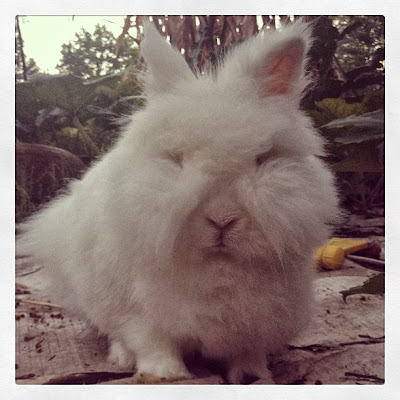 Our sweet senior angora bunny left us yesterday. We suspected that she was not feeling her best so I brought her inside and held her in my arms and that is where she eventually took her last breath.
Then my kind-hearted husband stood in the rain digging a hole for her tiny body. She is buried right next to our garden where she loved to spend her evenings. 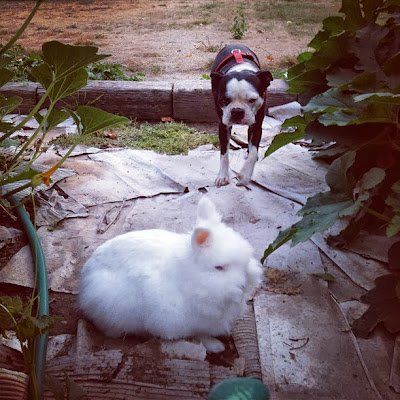 Posted by erika~ the inspired mama at 8:00 AM 2 comments:

My family loves a good pickle. We eat them for snacks, add thick slices to sandwiches and chop them for salads. The three cucumber plants in my garden produced insane volumes this year and I pickled every cuke that was not eaten fresh. I made several pints of dill pickles from a canning book and also canned a whole lot of Garlic Dills.
The idea to cold pack a big batch of cucumbers came from a place of an over abundant garden and absolutely no time to put it all up properly.
The results of my "lazy" preserving were the best tasting and crunchiest pickles ever. Not even kidding!!
I used this tutorial (with a few changes noted below) which makes a gallon jar of cold packed pickles. I was hesitant because let's face it, a gallon sized jar is a huge refrigerator footprint! But I got over that real quick when I tasted the results. I made a second batch yesterday and just tuck the jar into the very back of the fridge until they are ready to eat. From that point on the jar lives at the front of the fridge for easy access! Once the jar was half empty I transferred the contents to a smaller jar.
First I made my brine ::
8 cups water
1 cup white vinegar
1 cup apple cider vinegar
1/2 cup pickling salt (or 3.5 oz by weight)
Bring this mixture to a boil then remove from burner and let the brine cool to room temperature. 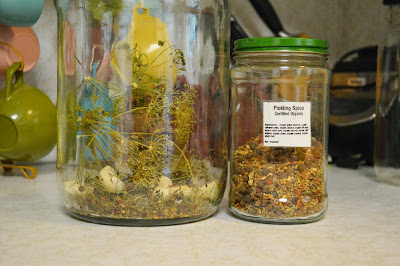 Next up are the aromatics and spices. I added 8 garlic cloves, 4 dill heads and 5 tsp. of pickling spice to the bottom of the jar.﻿
﻿ 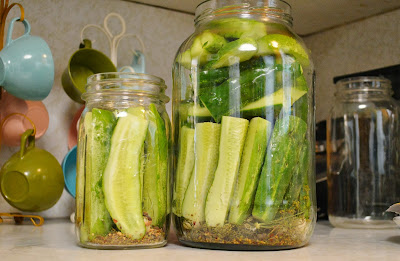 Then I pack the jar with freshly cut cucumber spears (some of the smaller cukes are cut in half rather than spears). Some of these were plucked from the garden and immediately packed into the pickle jar! I topped the jar with 4 more dill heads and filled the jar with the cooled brine until everything is submerged. Refrigerate them for approximately 4 weeks and you will then have the best pickles you've ever eaten! Yum!!
{the smaller jar above is quart sized and I used the same technique but decreased all of the aromatics and brine ingredients by 3/4. So I added 2 garlic cloves,  2 dill heads... you get the picture!}﻿
Posted by erika~ the inspired mama at 11:38 AM No comments: 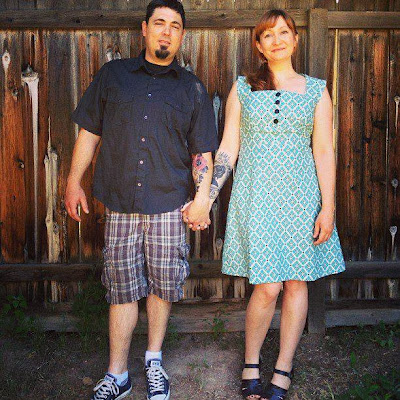 Today I am celebrating 13 years of marriage with this fine fellow.
This has been a very difficult year for our family. We have been living with a lot of stress and uncertainty. Not my favorite. But there has also been a tremendous amount of love and support from our amazing friends and family. And from my sweet husband. I am in love. Deeply and forever.
Thirteen is our lucky year. Bring it!
Here is our 12th anniversary post.
And our 11th.
and our 10th.
An our 9th...
﻿
Posted by erika~ the inspired mama at 9:21 AM 4 comments: 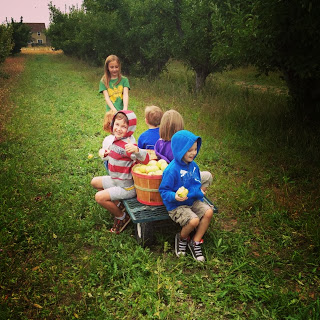 Happy day, friends. Today is the Autumnal Equinox! Yesterday we met some friends at a local orchard to pick apples. Sadly due to a devastating frost we experienced in late May the apples in our area are scarce. The orchard we visited yesterday said they lost 90% of their crop. But the weather was lovely and the company was fantastic and it was overall a whole lot of fun! 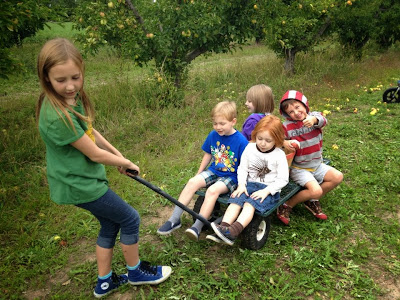 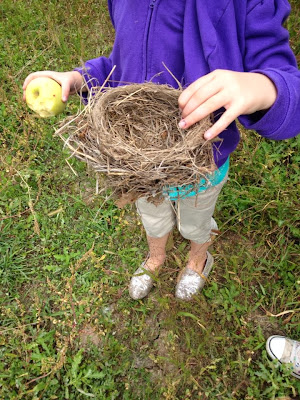 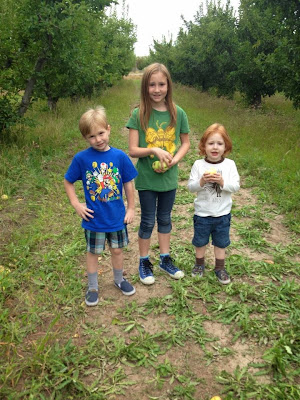 {I remembered to charge my camera battery the evening before but I forgot to put the battery back into the camera. Boo. Thank goodness for smart phone cameras, I suppose} 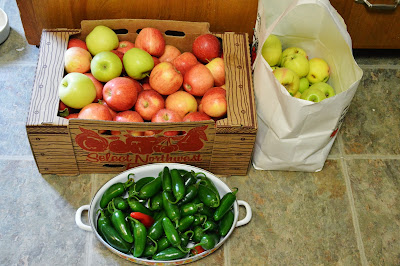 We collectively picked two 22 pound bushels of apples and split them up. I brought home approximately 10 pounds of golden delicious apples from the orchard and stopped at a little fruit and veggie stand on the way home and bought 24 pounds of organic gala apples. Applesauce, pie filling and apple butter production begins tomorrow! I also bought 3.5 pounds of peppers from the kind folks at the orchard. And I harvested 1/2 pound from my own garden the morning before. I am planning a big batch of candied jalapenos for the pantry and will make fresh jalapeno poppers with the leftovers.
﻿ 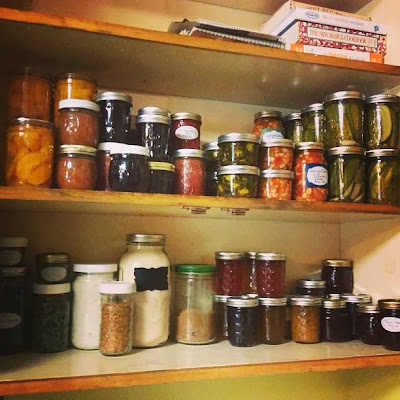 Speaking of the pantry it is slowly but sure filling up. This is the most recent photo taken last month. I have added a few more items since then. We have preserved our entire garden this year - canning, freezing and drying everything in sight! I have been roasting tomatoes and garlic one pan at a time and freezing them so I can make one huge batch of sauce. Over the next few days I will post recipes for the things I have made this year  - for my reference and yours! My family has a new favorite jam and I cannot wait to share it with you!
Happy harvest, loves! I hope you are enjoying this magical time of year as much as I am! xo
﻿
Posted by erika~ the inspired mama at 4:14 PM No comments: 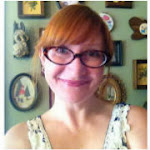 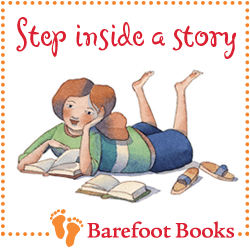 i would love for you to link back to any of my posts, but please do not use any photos or content from this blog without shooting me an e-mail for permission first. thanks a bunch!